Here is a refresher on last weeks Mashup. The story below is Armageddon Man (a Mashup of Armageddon and Anchorman)

Ron: “Well, I have a rather
unfortunate announcement to make, San Diego. It does seem that our big planet is
facing quite a perilous situation. Meteorologists have spotted one giant
meatball headed directly toward Earth.
Veronica stares at Ron with
alarm. The camera man shakes his head. Ron continues.
Ron: NASA is evaluating what, if
anything, can be done to prevent the consumption. Well, let’s all hope they can
cook something up, or we’ll all be digested. And that’s the latest here on News
Channel 4. Stay classy, Sand Diego.”
Ron is taken off the
air.
Veronica: “Do you have any idea
what you just said?”
Ron: “What a shocking story! A
giant meatball? Headed to Earth? I thought I’d reported it all. It seems
unreal”
Veronica: “It is unreal, Ron! It
is an asteroid, not a meatball headed to Earth. Who changed the
teleprompter?”
Veronica has stormed off to
address the staff.
Ron: “Huh, don’t think I’ve
reported one like that before either. Well, all that talk of meatballs has got
me hungry. I’m off to have dinner with Baxter.”
Ed: “No you aren’t headed to see
Baxter, Ron. We’ve got more updates streaming in now. Sounds like they’re
sending off an untraditional team for this mission… sending waste water
management specialists up there to throw it off course.”
Veronica has entered back into
the room.
Veronica: “It’s deep core
drillers, Ed. And let Ron go have his dinner, I’ll cover this.”
Ron: “Whoa, whoa, whoa now.
Nobody said a man can’t eat his spaghetti while he reports the breaking meatball
news story.”
One week passes.
Ron: “Ron, welcome back, San
Diego. I’m here with breaking news! The team of deep core drillers has
successfully diverted the crises. Let’s cook up some meatballs and celebrate
tonight.”
Veronica rolls her
eyes. 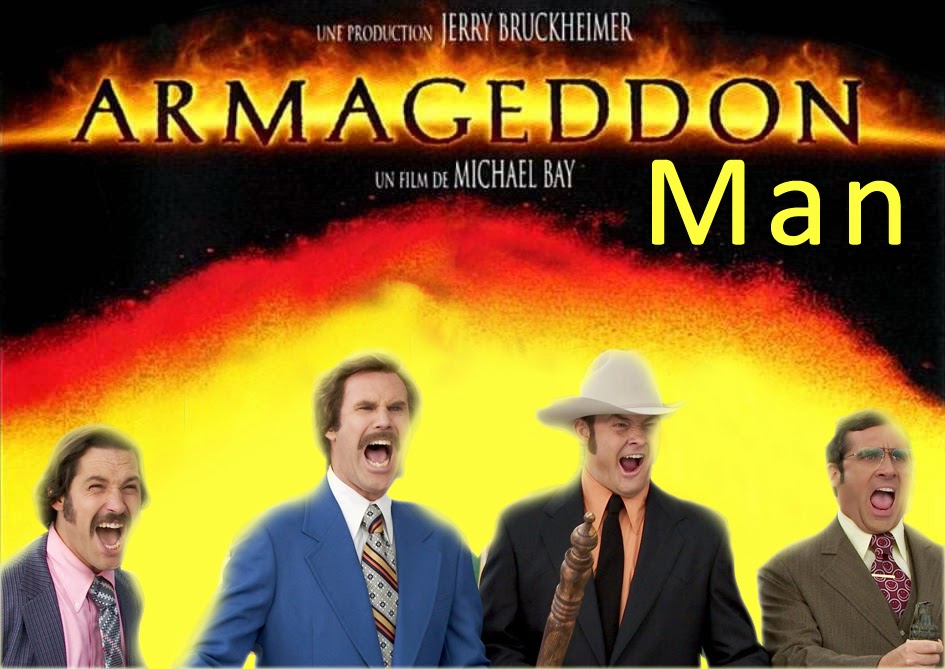