My husband and I dressed up as the Mad Hatter and the Red Queen (Queen of Hearts) from Wonderland! 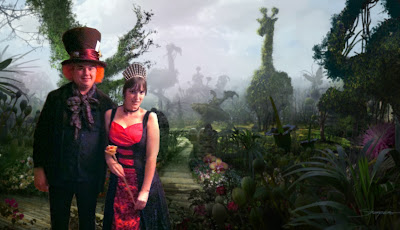 Speaking of Wonderland, I thought I’d give a brief update about my thoughts on Once Upon a Time in Wonderland…

Acting:
The lead actress has me hooked. She did especially well in the pilot and is impressive so far. Of course, John Lithgow plays the White Rabbit, and who doesn’t love John Lithgow? For the most part, the acting holds up well I’d say.

Writing:
Everything is a matter of opinion. I’m interested enough to keep watching since we get the same clever mashup of fairytale worlds as in the original Once Upon a Time. However, it feels like there could be stronger pacing and wittier dialogue. But hey, every movie/show/book can always improve.

Visual Effects:
I can’t comment much here, because I watch it on a mac using hulu. But even on the platform, it does pretty well.

Why I’d give it a chance if you haven’t yet:
I think the show is still finding it’s groove, but if you love fairytales, then this show doesn’t disappoint. You’ll get your magic, action and adventure. And as I mentioned, the lead actress, Sophie Lowe, makes Alice much more than a cardboard character. 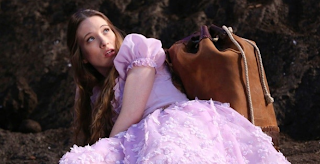 Thank you for dropping by everyone. I’m back to work very shortly and then off to a Halloween party and possibly taking my nephew trick-or-treating this evening (he’s seven and going to be a scary zombie). What are your plans?

For shame, I must admit I haven’t dipped my toes into this series yet! But that’s not for lack of interest, it’s for lack of time. I’ll get there someday. However, it has been recommended to me by numerous friends and family members, so I had to do a little research and would like to […]